Risks that may occur from the use of the pipe as a medium to transport LPG gas is leakage in the pipeline. The risk of leakage is greatest when the LPG gas leaking from the pipe ignited by a spark, it will lead to an explosion / fire that can damage the surrounding facilities and result in fatalities and injuries. Robots patrol LPG gas tank shaped robot, which will move through a long pipe with a DC motor and ultrasonic sensors, which the robot will move back and forth like a patrol. The robot is also equipped with a gas sensor to detect a gas leak in the pipe. The brain of this robot is a microcontroller that wears fuzzy logic program, so that the robot moves and detect gas leaks is automatically without human assistance. The result is a robot will patrol the pipeline browse at normal speeds when not detect a gas leak. By the time the robot starts to detect a leak, then the robot will move at full speed toward the source of the leak. The closer to the source of the leak, the robot will move but the speed begin to decrease slowly, until it is in the source of the leak, then the robot will stop. 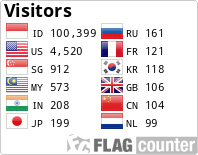